Very few pre-1940 Aston-Martin cars were bodied outside the Works Feltham factory. A C 'Bert' Bertelli had most coachwork made by his brother Enrico (Harry) Bertelli, who owned and ran E Bertelli Ltd Coachbuilders from the same factory. However, a small number of chassis did escape and special bodies were fitted to the various models. This International, bodied by James Young Coachbuilders is one of these, making it truly unique.

The International was the third production Aston Martin model from the Bertelli period. With a dry sump, overhead cam and 1½ litre engine it was relatively fast, had very good brakes and superb road holding. The Works racing Internationals were very successful and as such were highly regarded sports cars in their day and at £598, the cost was about the same as a large family house.

The Rexine fabric which covers the body rearwards of the bonnet is a heavy-duty calico-type material coated in cellulose paint with linseed oil added as a plasticiser. The production process utilises a large machine with a series of rollers that applies multiple layers of paint and impresses a pattern upon it in the final process. Gradually, all the Rexine machines became redundant and fell into disrepair. One of these original machines was saved by Graham Moss, the early Bentley expert, who recently resurrected it, has again been able to produce batches of the fabric, mostly for 4.5 litre Bentleys. This car is the first non-Bentley fitted with Rexine by Graham.

Fabric-bodied cars tend to look more boxy than metal bodied ones because the fabric has very limited stretch, making compound curves difficult to achieve. It is an expensive process. However, once fitted to the ash frame, the job is complete and there is no panel beating or further paintwork required.

This unique Aston-Martin has only ever been dismantled once and is completely original. Indeed, the dashboard with all its original gauges, switches and lamps has not been touched at all. Its careful restoration, completed by Andy Bell at Ecurie Bertelli Ltd, was done with an emphasis on authenticity and detail, right down to sourcing the correct black lacquer finish on the electrical wiring. This is last car to be restored by Andy Bell before his retirement and draws on nearly 50 years of his experience. Its first post-restoration appearance was to feature at the Concours of Elegance at Hampton Court in September 2022.

This is a car not to be missed. For further details or to arrange a viewing please contact Robert Blakemore. 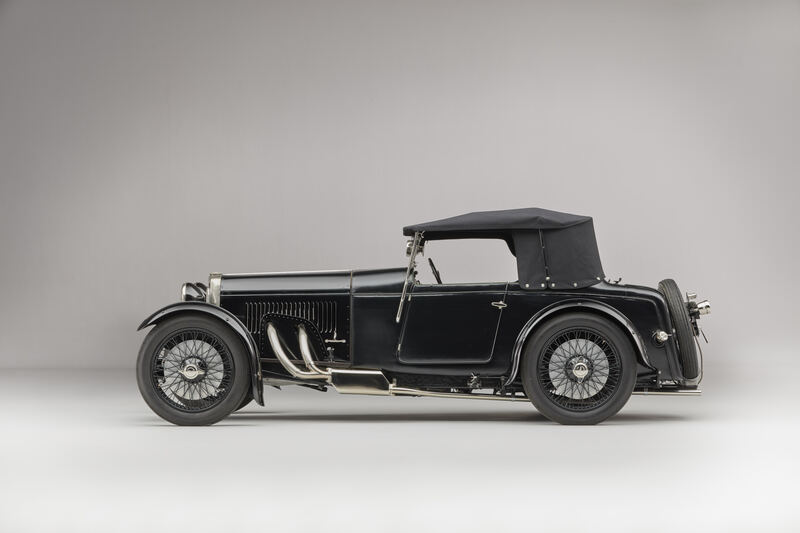 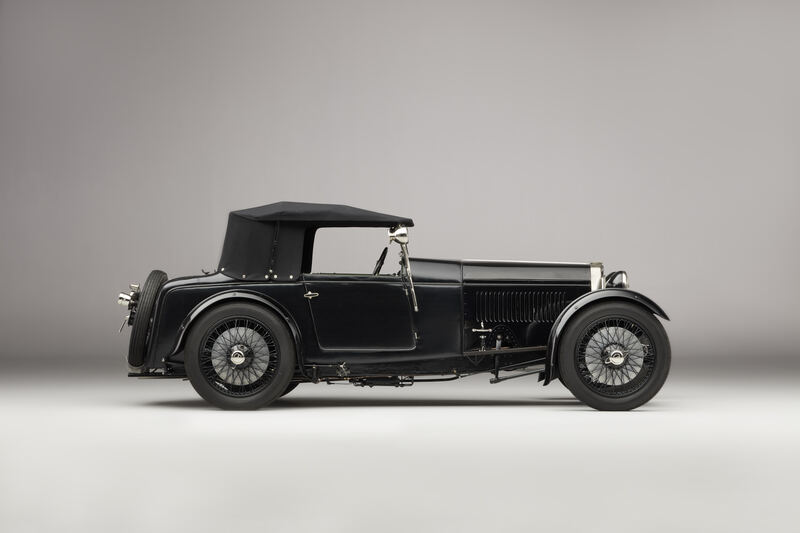 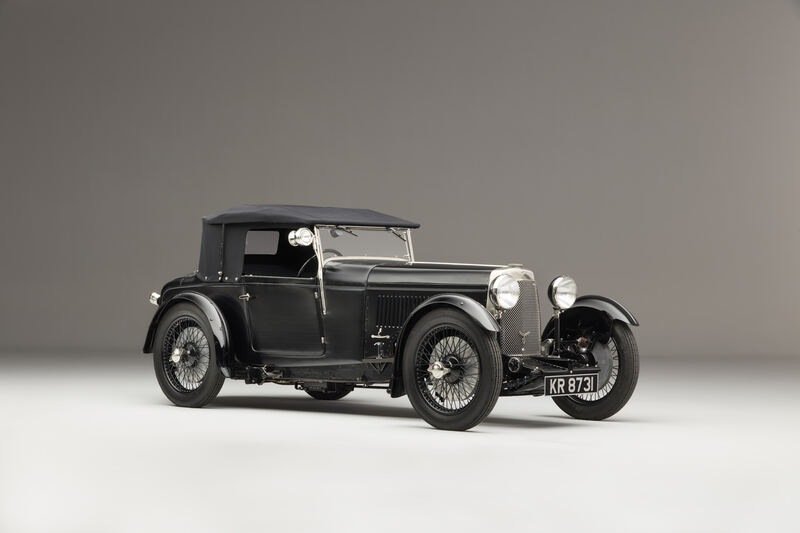 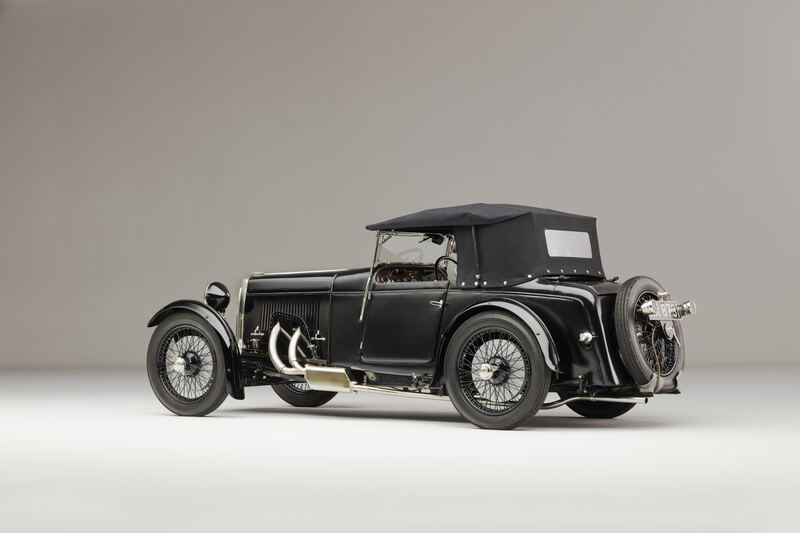 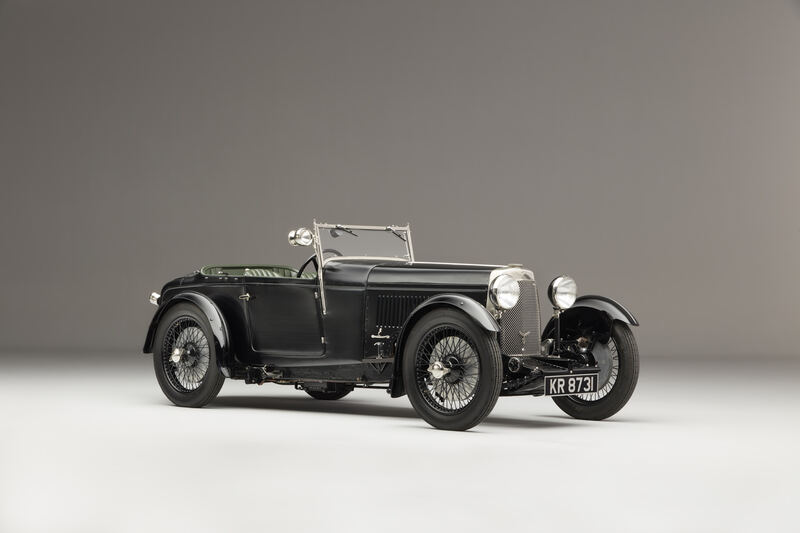 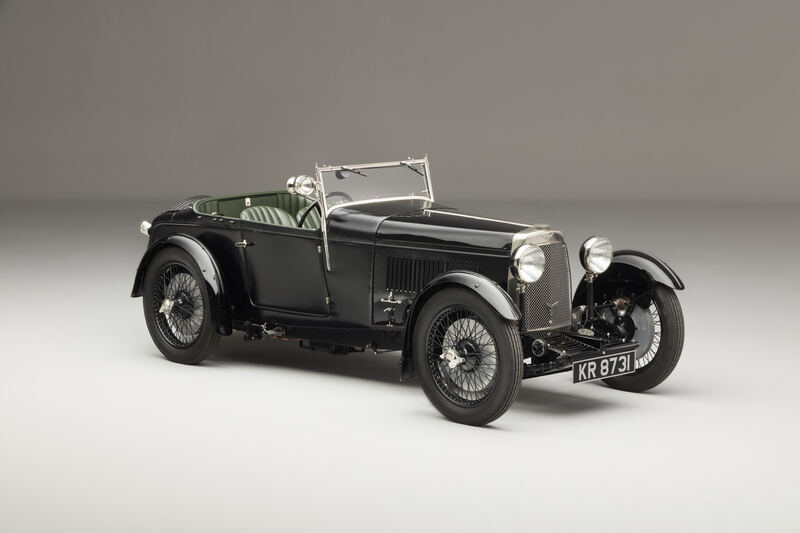 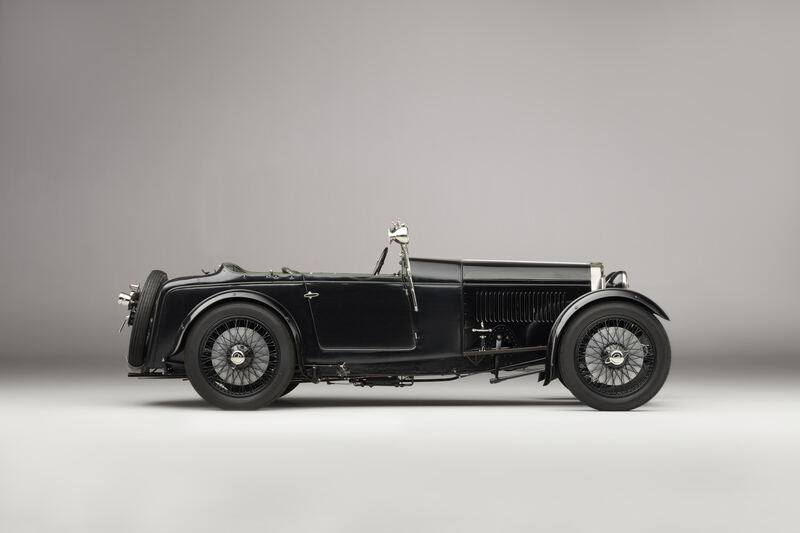 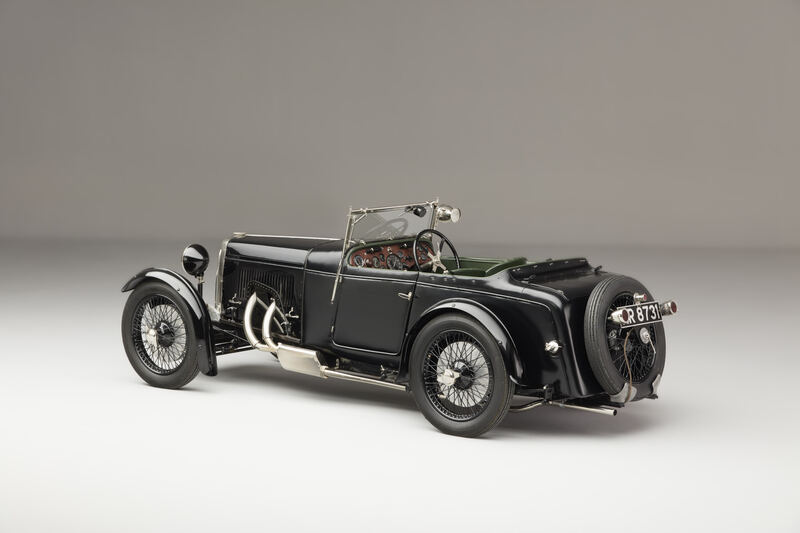 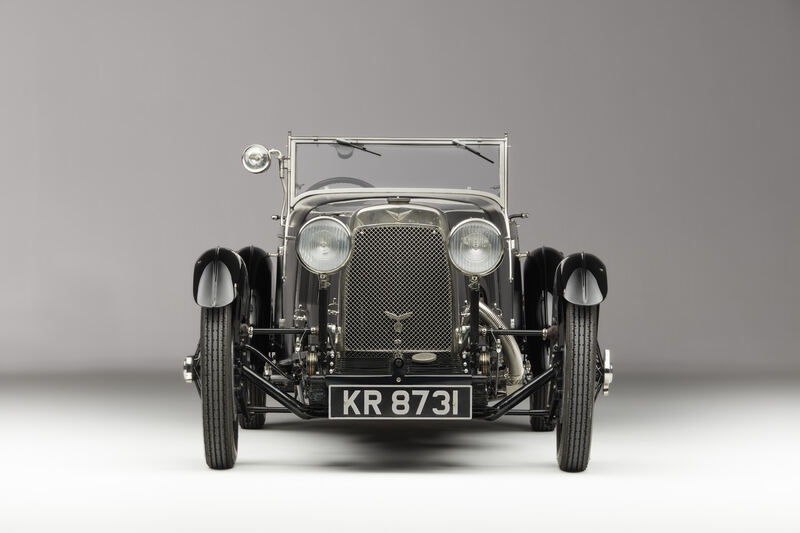 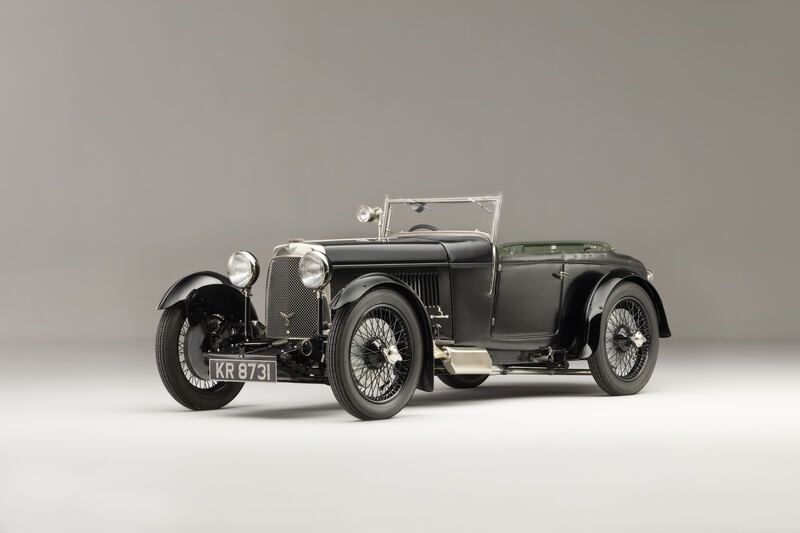 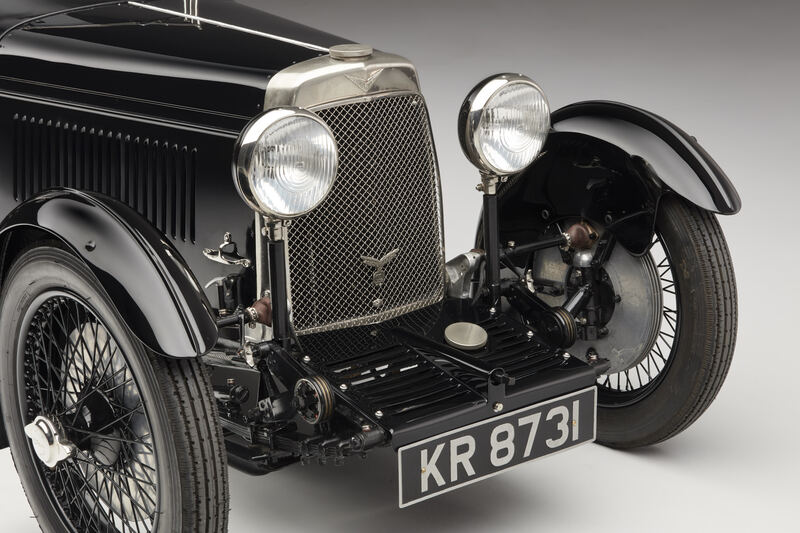 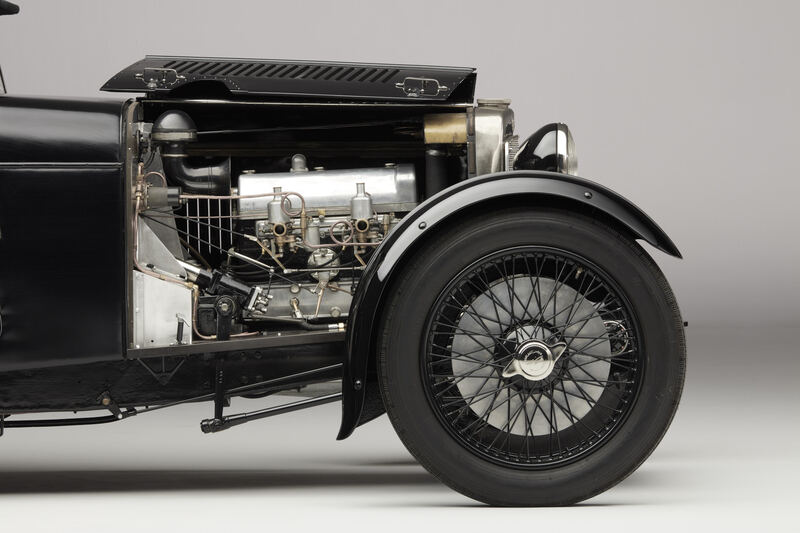 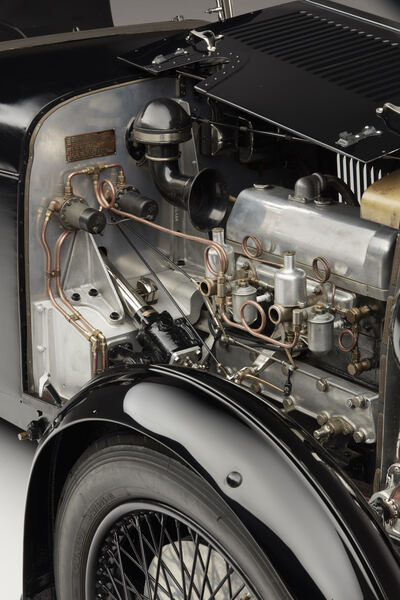 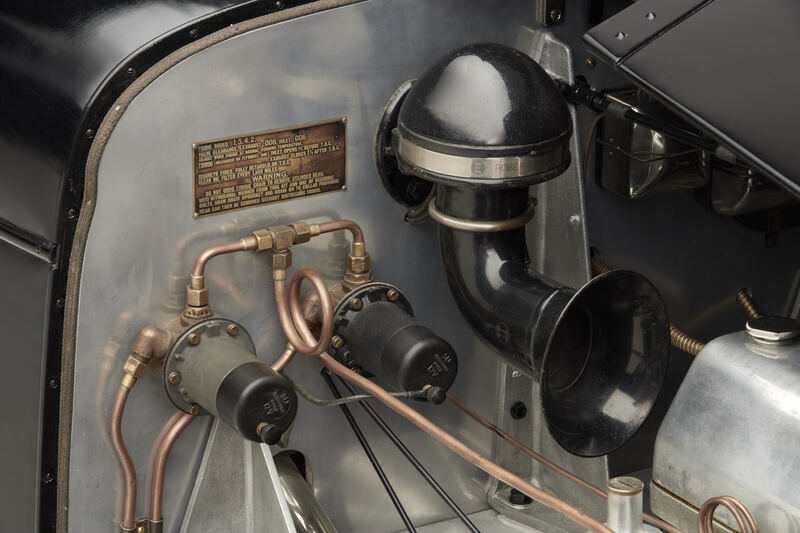 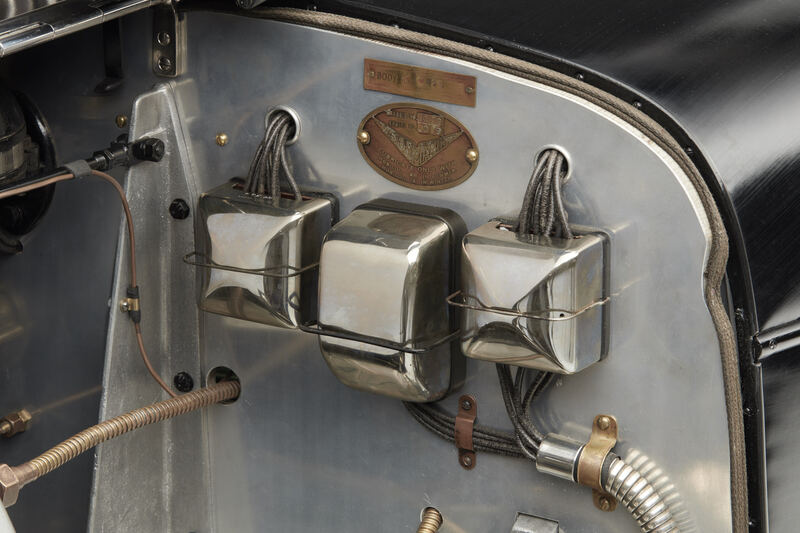 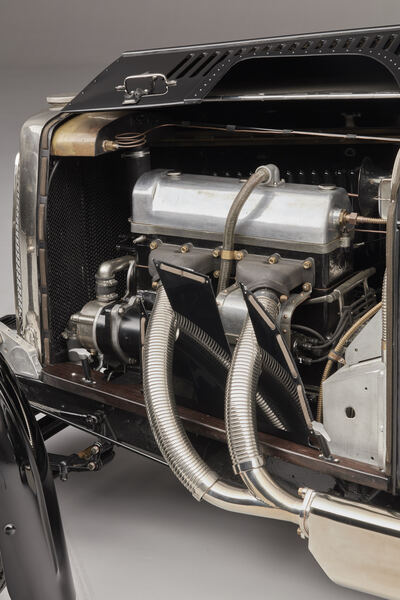 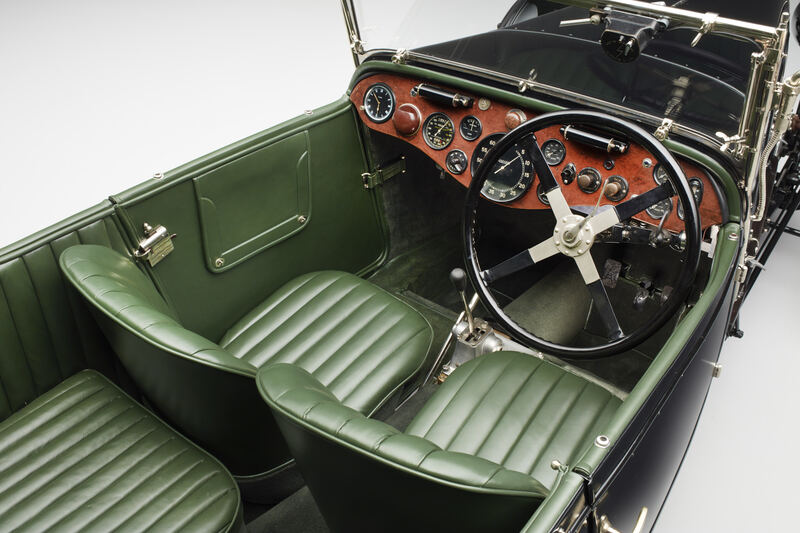 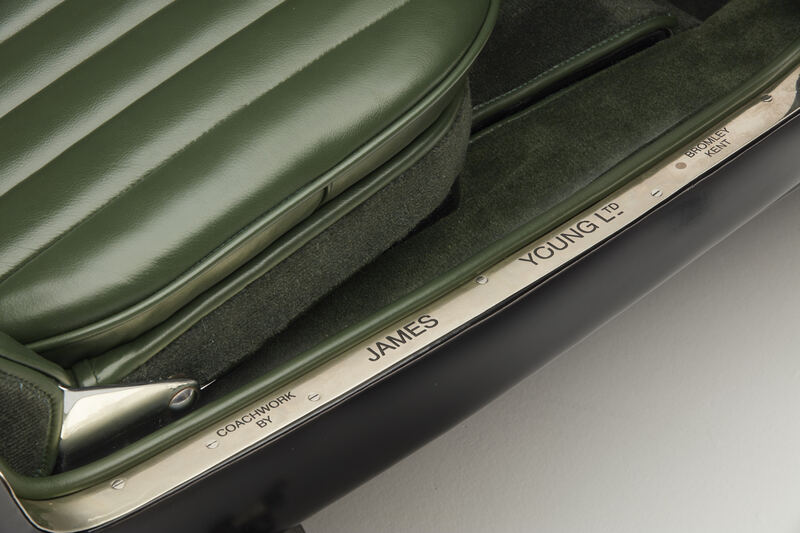 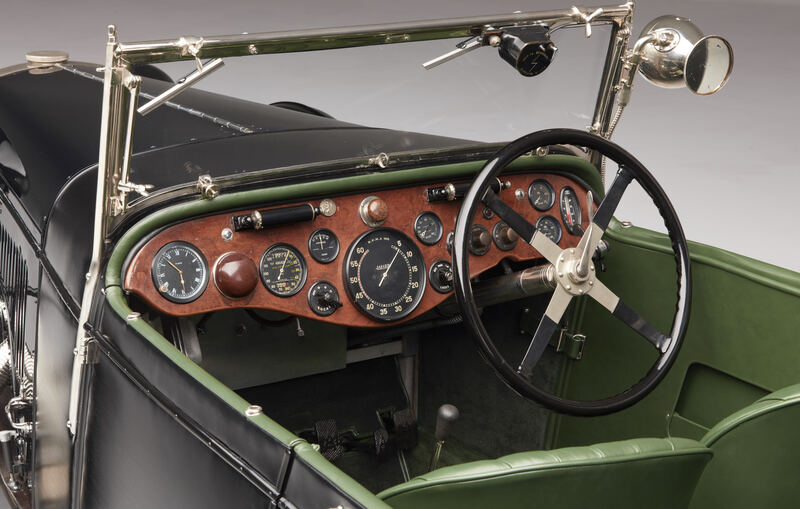 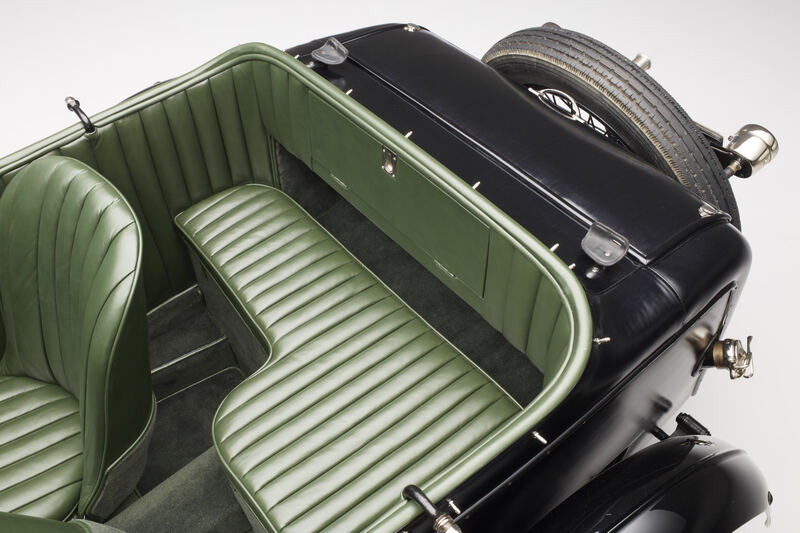 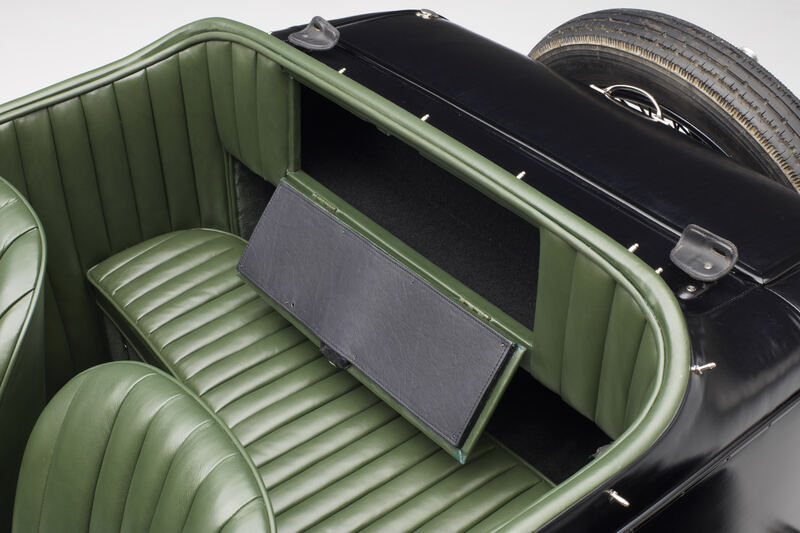 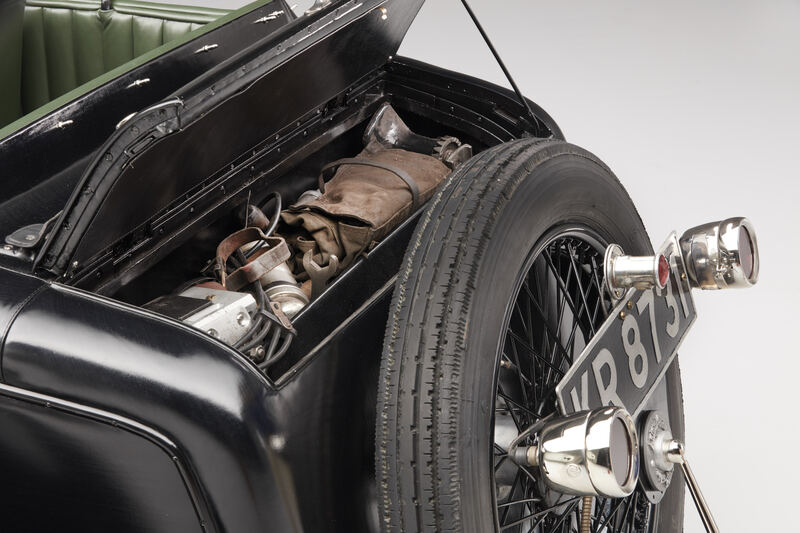 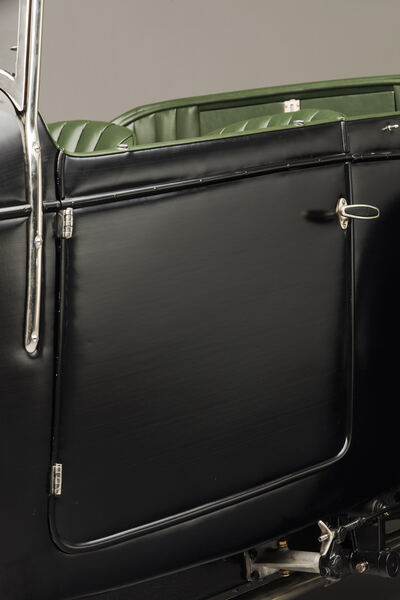 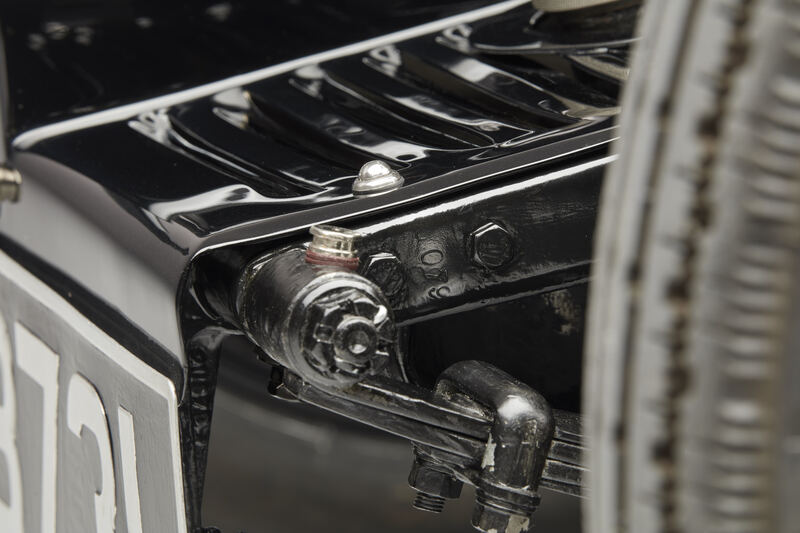 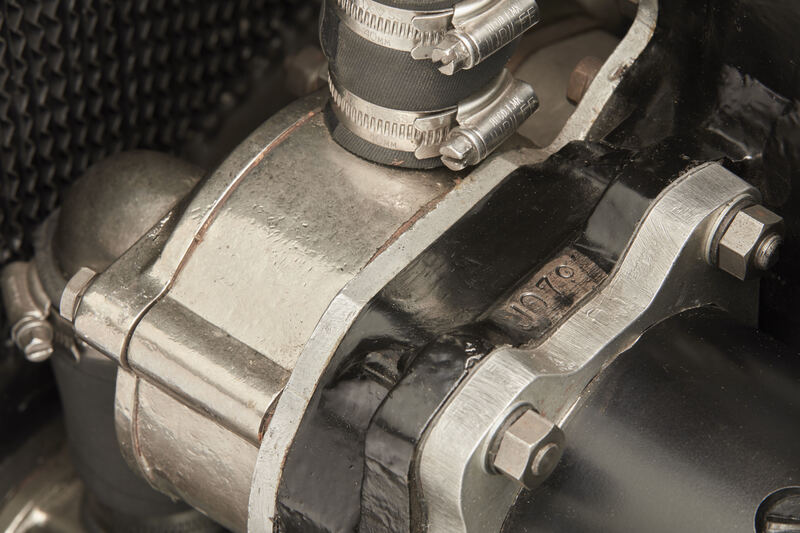 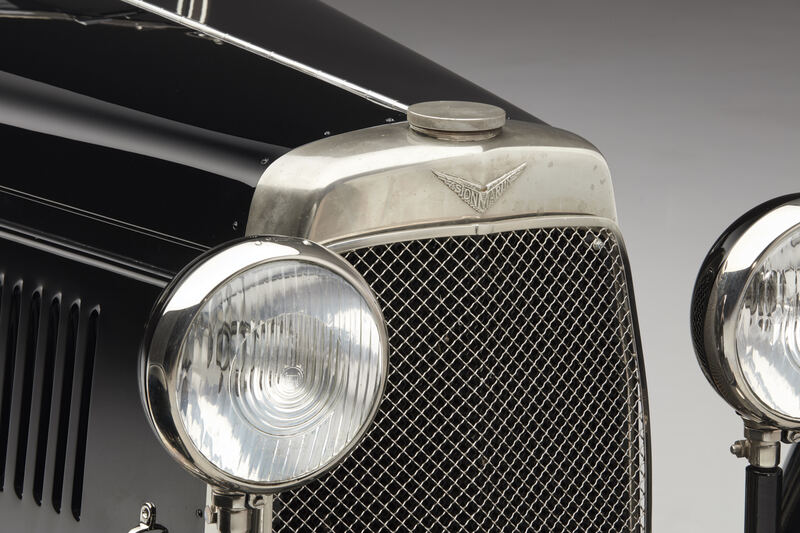 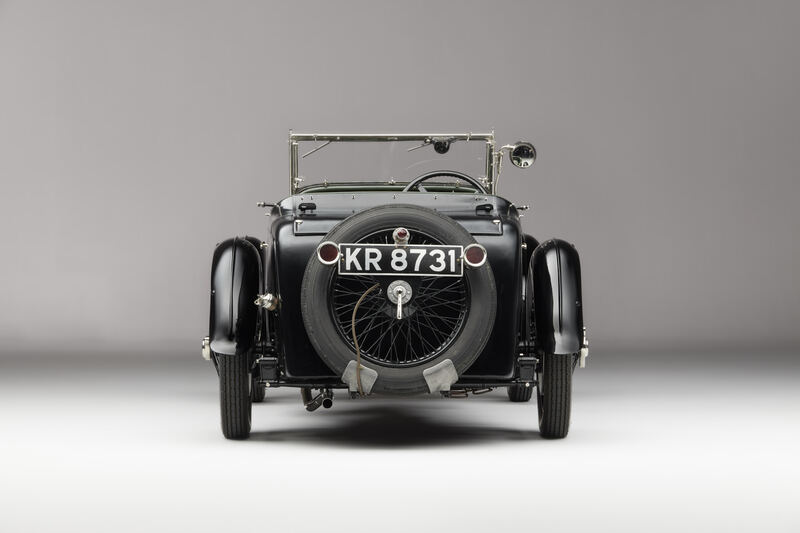 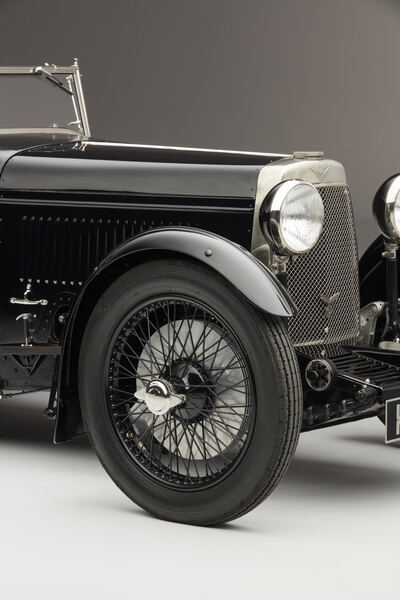