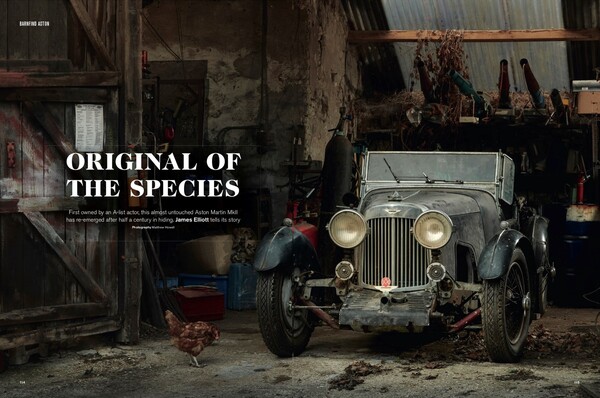 James Elliott, Editor-in-Chief at Octane Magazine, visited us at Ecurie Bertelli to view a rather special Aston Martin. Chassis 402 is the third Mk II ever built but this is not what makes it so significant. That it was first owned in 1934 by actor Sir Ralph Richardson is interesting in itself, but what makes this car so remarkable is its incredible originality. In 1969 it was taken off the road for an engine rebuild but the project never got past the engine-out stage. Meanwhile, the Beatles made their last public performance and both Concorde and the Boeing 747 Jumbo were making their first test flights. During this time the pre-war Astons were not at their most cherished and many were scrapped, cannibalized, or modified to the detriment of their provenance.

We're delighted to see such exposure for a pre-war Aston in such a quality motoring magazine. The 9-page article in Octane is an interesting read and well recommended.