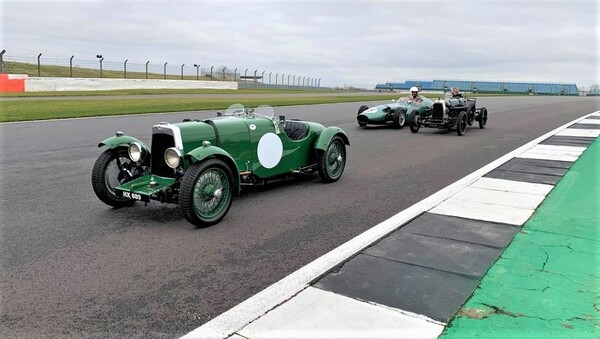 Ecurie Bertelli was honoured to be part of the heralded launch of Aston Martin into Formula 1. Embracing their racing heritage spanning nearly a century, Aston Martin are rightfully proud of their racing roots. We were pleased to procure not one, but two, cars from the pre-war era to appear alongside a DBR 1 and DBR4.

Robert Murray kindly brought along his Side Valve TT1, affectionately known as 'Green Pea'. Built in 1922, it competed in the French Grand Prix of the same year.

Robert Blakemore brought 1930 Team Car LM4 which, was built specifically for the prestigious 24-hour race at Le Mans and also won its class a the Irish Grand Prix at Phoenix Park in the hands of Sammy Davis. These two, with their undisputed racing pedigree, are certainly worthy of inclusion as Aston Martin opens a new chapter.

You can see the film by cutting and pasting this link into your browser: